Sometimes you have to sit back and let life happen

Death creeps up on you.

It never warns you when it’s coming to take you or someone you love.

Sometimes it comes so fast that you never believe it actually happened.

Death doesn’t have one definition though. It will always have many properties.

It can be scary.

It can be relieving.

Though the thought relieving might not come to mind when you think of death.

But then again it can. Why?

Exactly why would you be relieved?

Why would you want to suffer or want others to suffer? You wouldn’t.

Life just does that. As much as you grieve and pray for them back. There is nothing that can. You have to deal with the sadness.

You can mask it. With a drink or a drug.

That mask won’t stay there forever though.

You have to deal with it. So how then? There are so many different ways. One way can help him, one can help her.

Then if you think, maybe death isn’t the end at all.

Everything happens for a reason. So why would death come without a reason?

Perhaps death is a beginning of the end.

I can assure you that it isn’t easy to cope, but think about it.

You can start fresh.

Maybe we should start accepting death instead of worrying about the next time it could hit.

To move on and put the past behind you.

My Grandpa and Grandma met when they were teenagers.

They married very young and have been together since then.

In the world we live in now, this relationship would be considered rare.

That would have to be one of the reasons I admire them. Their relationship.

My Grandparents are the most interesting people in my life.

Each one with a story to tell.

My Grandmother has told me so many stories, although there’s only one that sticks out. Every time she tells the story It brings me great sadness. (I have to say I’m not big on crying.)

The story was about her childhood. What a horrible childhood it was.

For Christmas, my Grandmother was given one orange. The thing was, she never would eat that orange. She would carry it to school everyday. She would do this to make it look like she had a different orange everyday.

Somehow, It breaks my heart.

My Grandmother grew up dirt poor.

She was for a very long time too. Until she wasn’t.

After she married my Grandfather and raised three children (Still very poor), she started making a reasonable living. A very nice one too.

Every time we see her now, my mom will make her tell the story again.

I don’t mind hearing the story.

A small, yet amazingly powerful story.

It makes me wonder if I have been a little too selfish in my lifetime.

All I can think is how I can’t wait to hear that story again.

My mother has told me the funniest stories from her childhood, to the saddest ones.

Apparently, my Grandfather had it rough too.

I actually don’t remember those stories though.

Maybe I don’t remember because my mother won’t cheer him on to share. I can’t ever tell. I personally think it’s how the memories affect him.

So sadly, my mother was the only one to share them with me, but only once.

What he does now sticks out more than what he did back then.

I know that he is so wise. The wisest man I know.

Everything I say to him. He has a comeback for.

Maybe a quote or something he has learned.

He writes beautiful songs. He sings them too.

Iv’e concluded that my Grandfather is a true Artist.

I am proud of my Grandparents.

I could sit and listen to them for five minutes or two hours.

They are gorgeous people.

The thing is, they always leave a part of me deciding If I will ever turn out like them. 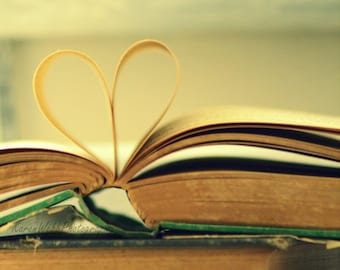